A Pay What You Will Event 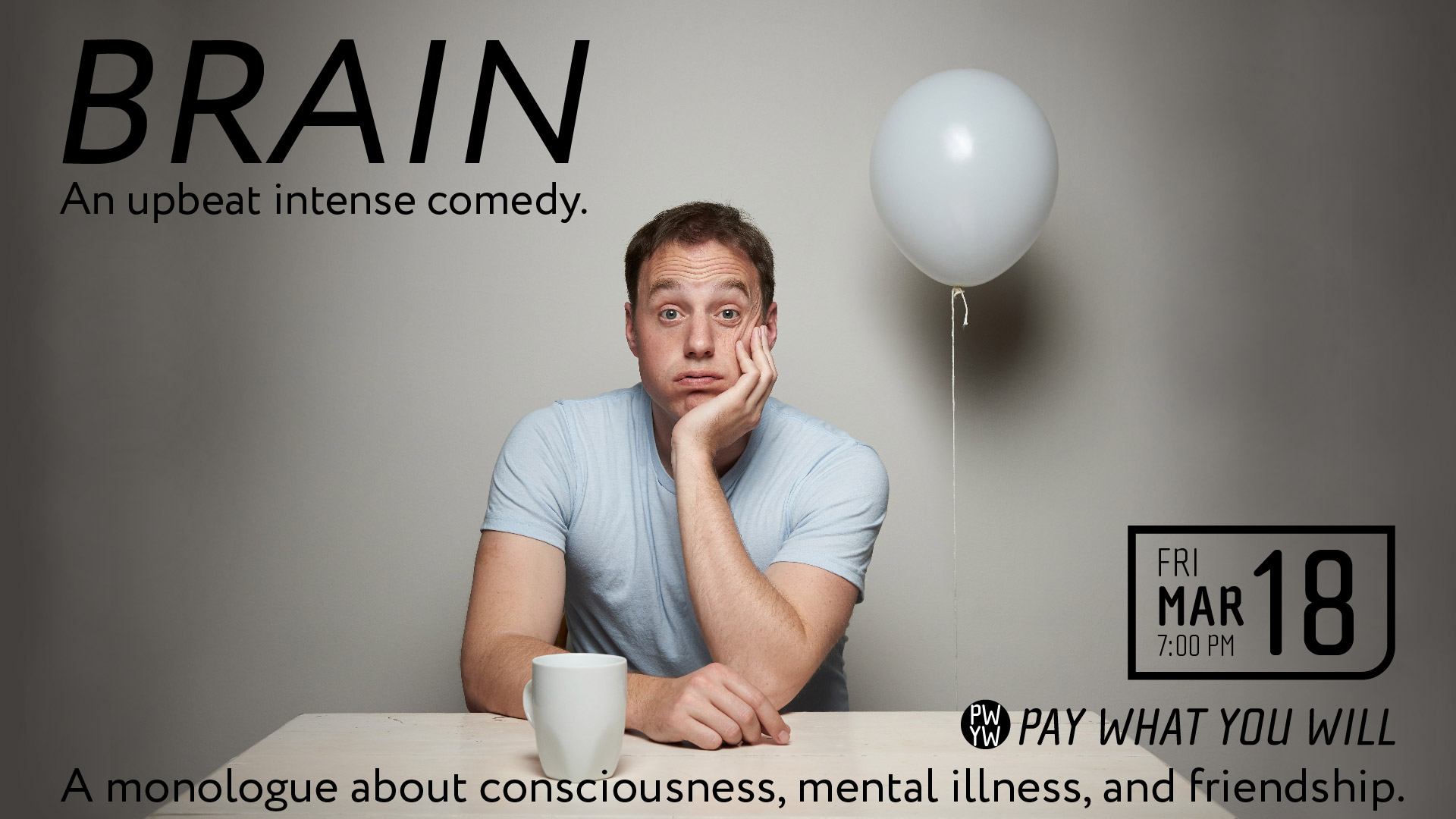 Hilarious and heartbreaking, Brain is a monologue about consciousness, mental illness, and friendship from award-winning novelist and former Canadian poetry SLAM champion Brendan McLeod. Brain maps Brendan’s experiences with obsessive compulsive disorder – from a teenager struggling to understand his obsessions to an adult battling psychosis. A nuanced journey through the nature of thought, Brain is an upbeat, intense comedy about the miracle of the mind.

As awareness around mental illness rises, nuance inevitably declines. It’s discussed in corporate sponsored twitter conversations, linked to mass shootings, and re-enacted, broadly, in Hollywood movies. While sometimes useful in lessening the stigma around it, these discussions often obscure understanding of how mental illnesses work and the effects they have. Brain is one person's personal mental illness procedural. An honest, detailed journey through obsessive compulsive disorder that explores the humour, horror, and beauty of being unable to understand one's own mind.

Brain premiered in BC in the summer of 2015 winning multiple awards at various theatre festivals and generating further bookings from soft seat theatres. Brain is a dynamic one person show that tackles important social and personal issues in a manner that is suitable for all ages 15 and up and will be of interest to innovative presenters interested in a vivid literary performance that can be combined with educational and community outreach.