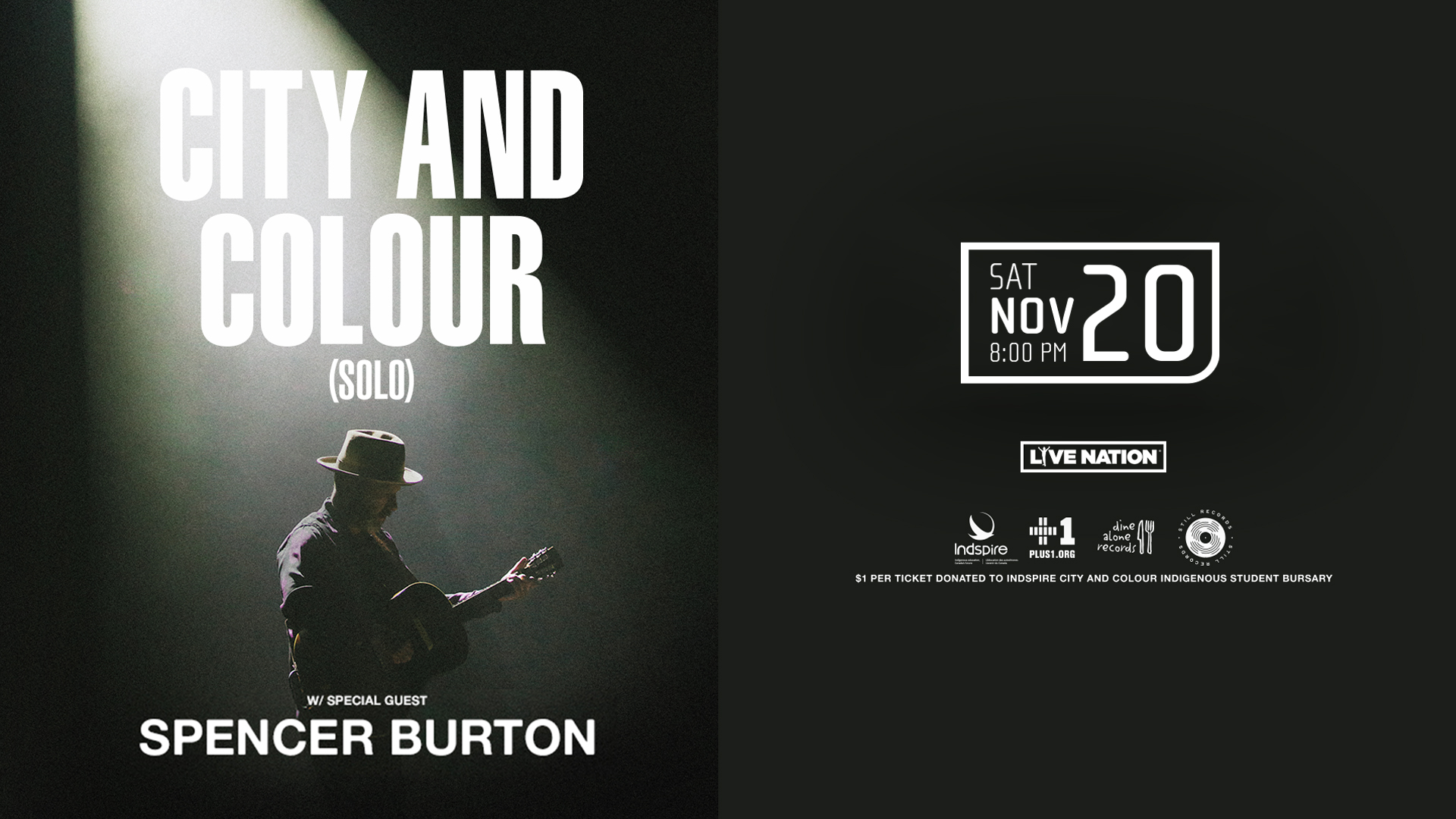 City and Colour, acclaimed singer, songwriter and performer Dallas Green,  announces tour dates kicking off in Vancouver on November 12, 2021 and culminating with 5 shows at historic Massey Hall in Toronto in December. Green will perform intimate, solo live concerts featuring songs from his vast award-winning catalogue in 12 Canadian cities, on the heels of a recently announced U.S. tour in September and October.

This is Green’s first solo tour returning to stages across Canada since November 2019 since the pandemic profoundly affected people worldwide and brought live entertainment as we knew it to a halt. After quickly selling out the first four shows, City and Colour has added a 5th show at Massey Hall on December 14 which is reopening after the venue’s most significant renovation in its 127-year history. This is notably the most shows on sale for one single artist this year at the venue, and only parallel to The Tragically Hip who did a 5 night run in 2009.

City and Colour has partnered with PLUS1 to collect $1 from every ticket sold, which will be donated to Indspire. To date, Green has donated over $80,000, to Indspire’s Building Brighter Futures Scholarship program through the City and Colour Indigenous Student Bursary and the Alexisonfire Indigenous Music Bursary, which were established in 2019 with the goal of supporting students as they complete their education and achieve academic success.

Over the course of six studio albums, Dallas Green has compiled a canon ripe with songs born of adoration and devotion amassing a legion of fans worldwide and garnering him 3 JUNOs, including two Songwriter of the Year awards, plus 1 Triple Platinum, 2 Double Platinum, 1 Platinum, and 1 Gold certification at home in Canada. Alongside these accomplishments, Green has been awarded Platinum-certification for all four of Alexisonfire’s full-length records.

City and Colour’s last studio album A Pill For Loneliness - released on Green’s Still Records, an imprint of Dine Alone Records - debuted at #1 on the Billboard Canadian Albums Chart, his 4th consecutive chart-topper in Canada. His previous #1 LP If I Should Go Before You made serious waves internationally debuting at #16 on the U.S. Billboard 200 Chart and #5 in Australia where Green’s LP Little Hell was certified GOLD. In 2014, Green collaborated with international superstar Alecia Moore (aka P!nk) on a new project titled You+Me. The duo’s acclaimed Platinum-certified first record, rose ave., debuted at #4 on the U.S. Top 200 Chart, #1 in Canada, #2 in Australia culminating in memorable performances on The Ellen Show and Jimmy Kimmel Live.