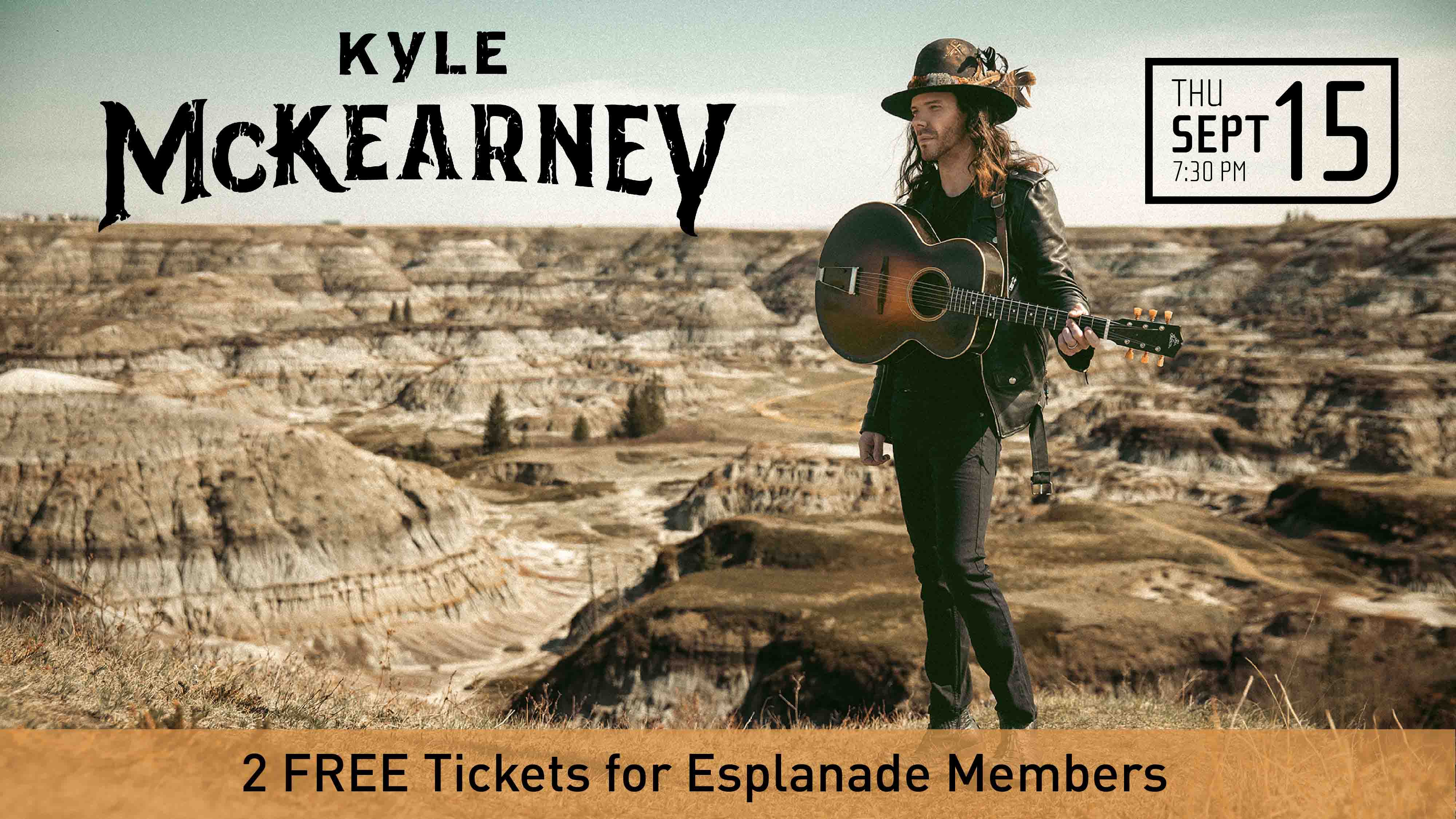 Esplanade Members can enjoy two FREE tickets to this concert! Simply log into your tixx.ca account to unlock the FREE member priced tickets!

Kyle McKearney has made an impressive debut with the release of his debut solo album “Down-Home”. Recently named one of SiriusXM’s Top of the Country Semi-Finalist, Kyle is making his name known as Canada’s biggest breakthrough artist in the Americana/Roots/Country space. He’s garnered 5x award nominations, won 2nd place in Alberta’s most prestigious artist development program (Project Wild) and has amassed over 850,000+ global streams in just over a year’s time.

Born and raised in small-town northern British Columbia, Kyle McKearney grew up immersed in Country and Bluegrass music. He followed that passion by first moving to Nashville upon finishing high school, where he absorbed music city’s atmosphere.

One of his various music projects was alt-pop band The New Electric which found success at radio in 2016, that led to touring with Backstreet Boy Nick Carter. The New Electric evolved into the band KROWNS in 2018, with its harder edged sound attracting the attention of Queen drummer Roger Taylor. Kyle and Roger ended up writing a song together and Kyle wound up joining the touring cast of Queen’s musical theatre show We Will Rock You in 2019. Kyle then returned to his Americana roots and wrote / co-produced his debut album “Down-Home”.

Kyle is now preparing to release new music from his highly anticipated sophomore album this Spring and he’s leading the charge with his newest single “Grandfather”.