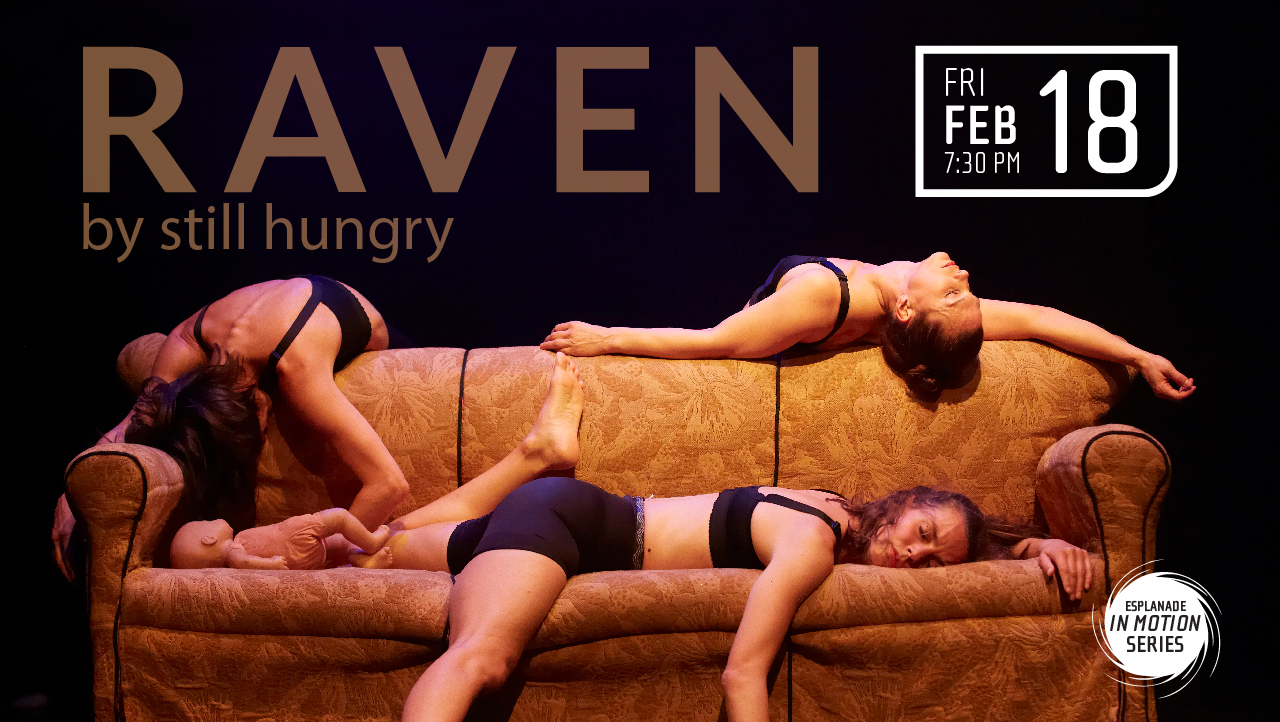 #regrettingmotherhood - This study by Israeli sociologist Orna Donath caused a worldwide uproar in 2015. In it, several women confessed to regretting being a mother, triggering a heated discussion about motherhood and the demands that come with it. Torn between contradictory longings and societal expectations, the acrobats and mothers of the Berlin-based artist collective still hungry put this tension on stage.

RAVEN is award-winning contemporary circus in search of liberation from the social pressure of always having to do everything right. Borrowing from the German term "Rabenmutter” (“Raven mother”, a selfish, neglecting mother) the performers paint a candid picture of complex emotional contradictions. With acrobatics and dance, movement and language, they grapple with the various challenges of their own motherhood. In the process, mistakes are not only made visible, but are also open to hearty laughter.

The personal experiences of Anke van Engelshoven, Lena Ries and Romy Seibt remain at the heart of the performance and lend RAVEN much of its honesty and vulnerability, as well as its lightness, humor, and charm. The performers take the liberty of regretting it all, only to shout out how much they love it all in the very next moment. This inner conflict becomes all the more clear, when Anke, Lena and Romy create chaos in feathery RAVEN jackets, loudly challenging the status quo and inviting us to question any preconceived notions we may have about working mothers, women, and circus performers.

RAVEN thus becomes a powerful examination of a problem that has preoccupied societies around the world for generations - and which Corona makes even more relevant, as traditional role models suddenly reappear and working mothers must increasingly juggle the demands of jobs and children due to closed daycares and home office.

RAVEN was made with creative support from British director Bryony Kimmings and won multiple awards at the 2019 Edinburgh Festival Fringe.