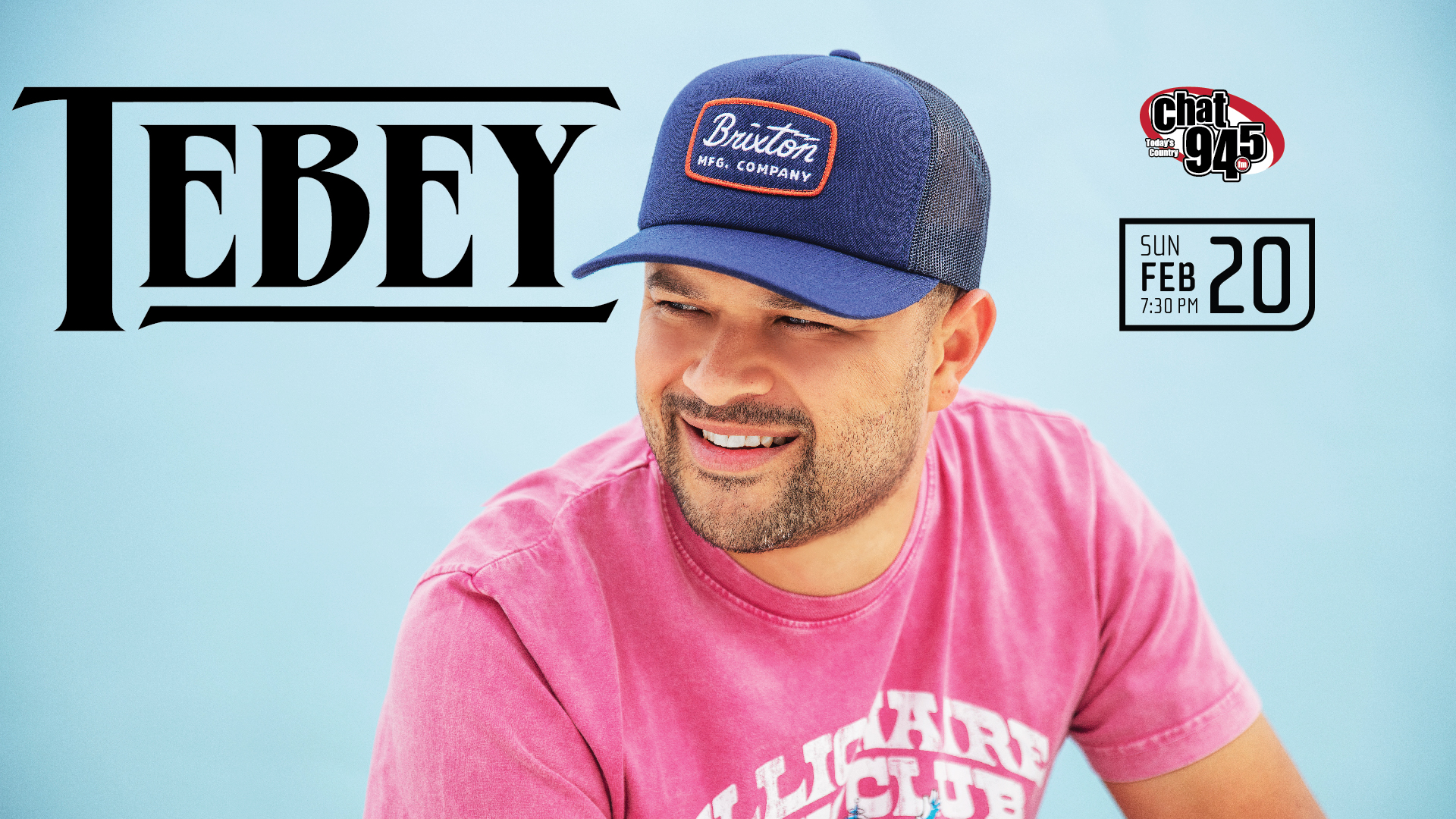 Nashville resident and Ontario, Canada native, Tebey, is a platinum selling artist, award winning producer and accomplished songwriter with six #1 songs in his repertoire of hits. His much-mispronounced name (read: TAY-bay) is of Nigerian descent – his father’s birthplace, but Tebey grew up in the small town of Peterborough and went to high school in Burlington. While enjoying simultaneous success on the football field, he and his father made the decision to move to Nashville in his mid-teens to pursue his music career, while his mother stayed back in Canada to care for Tebey’s brother and sister. This bold move paid off when Tebey signed to BNA Records Nashville (RCA Label Group) in 2002.

Though he’s been experiencing solid highlights for over a decade, the past three years in particular have seen some of Tebey’s biggest successes to date with three #1 songs as a writer: a US Billboard #1 with Justin Moore’s “SOMEBODY ELSE WILL”; a Canadian #1 with Gord Bamford’s “DIVE BAR” and his first #1 as an artist and writer with his GOLD single “WHO’S GONNA LOVE YOU”, for which he also received a SOCAN award in March 2019. He also co-wrote two additional top 5 radio hits during this timeframe - “DENIM ON DENIM” (certified Platinum) and “GOOD JEANS”. Overall, Tebey has four official top 5 radio singles, five top 10 singles, and four top 20 singles as a recording artist, and his music and videos have amassed over 60 million streams.

As a songwriter, Tebey has earned success on multiple continents with the aforementioned #1 chart toppers; one in the US, one in the UK, and four in Canada. Notable pop artists to have recorded his songs include One Direction, Fifth Harmony, Pixie Lott, Cher and FLO RIDAand no stranger to the country genre, Justin Moore, Big & Rich, Jimmy Rankin, Emerson Drive and many others all released Tebey-penned tunes.

Back on the artists side of things, Over the past six years, three of Tebey’s singles have been noted for their substantial spin count, being named “Most Played Canadian Country Song” of both 2013 and 2014 (Somewhere in the Country and Wake Me Up), and Platinum hit, “DENIM ON DENIM”, was the third highest spinning song of 2018 in this category.

Tebey’s EP, “THE GOOD ONES,” is now available on all streaming platforms. The title track from the album, a powerhouse duet with Québec pop superstar Marie-Mai, reached top ten at radio and was performed on the CCMA Broadcast by the duo in 2020. Rolling Stone Magazine reviewed the song calling it, "A powerhouse power ballad, THE 'GOOD ONES' would've aced all its exams at the Lady Antebellum School of Country Hitmaking. 'Need You Now' just got a new cousin." His 2nd single off of the EP, ‘HAPPENED ON A SATURDAY NIGHT,’ reached top ten at national radio and was certified GOLD in 2021. Tebey’s ‘SHOTGUN RIDER’ single reached the top 10 at Canadian radio. His last single ‘Song of the Summer’ with Irish Superstar, Una Healy and was featured on BBC radio2 and national UK playlists. Tebey is set to release a cover of the classic Darlene Love Christmas hit, ‘Christmas (Baby Please Come Home)’ this Holiday season.

Tebey completed his first national headline tour in Jan/Feb 2020 with several sold-out shows and stops at iconic Canadian venues; The Opera House (Toronto), The Commodore Ballroom (Vancouver) and Corona Theatre (Montreal). In early 2019, he toured with Tim Hicks on the national “Get Loud” tour. Later that fall, Tebey performed his first international tour dates as part of Country Music Week, which took him to Berlin, Cologne and London and he returned for the illustrious C2C festival in Berlin and London in early 2020. This summer Tebey returned to Europe/UK and headlined the Buckle & Boots Festival in Manchester along with dates in London and Hamburg.

Tebey has won awards as a songwriter, artist, and for his work as a producer. His support of charities advocating for mental health care is his passion outside of music, anchored by his annual Tebey Golf Classic fundraiser in Peterborough, ON.