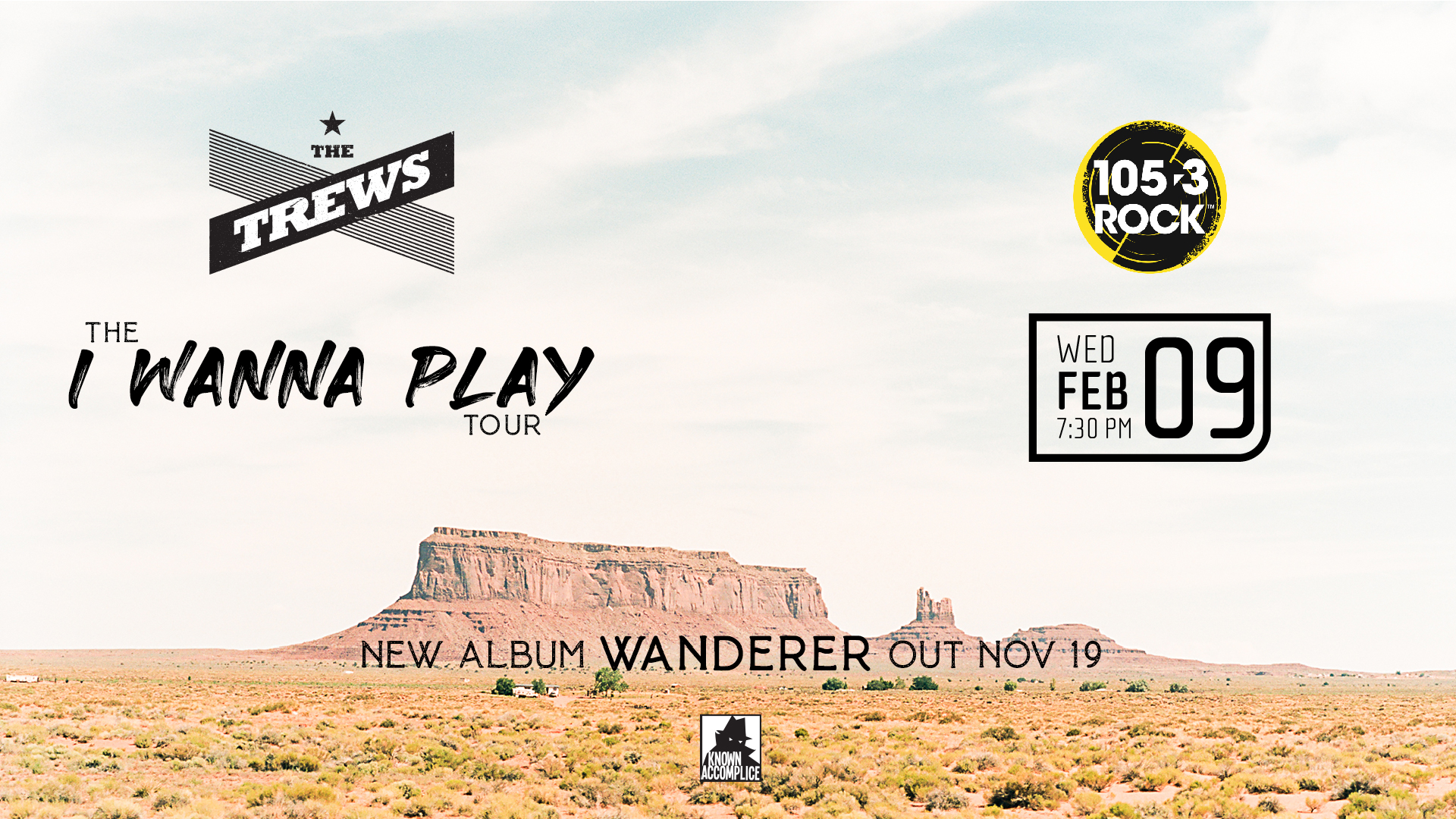 The achievements of rock ‘n’ roll heavyweights The Trews are many and mighty, highlighted by multiple radio hits drawn from seven critically acclaimed studio albums plus several EPs, a pair of live records, and a retrospective. Among the most prolific, electrifying, and innovative bands on the planet, The Trews — singer/guitarist Colin MacDonald, guitarist John-Angus MacDonald, bassist Jack Syperek, drummer Chris Gormley, and keyboardist Jeff Heisholt — have shared stages with everyone from the Rolling Stones to Weezer, Bruce Springsteen to Rich Robinson, the latter collaboration culminating in three blazing tracks on the band’s latest, The Wanderer, cut in Nashville with the onetime Black Crowes guitarist. Amid the global pandemic, which halted both the Nashville sessions and tour plans for 2018’s epic Civilianaires album, The Trews completed The Wanderer at home in Canada with producers Derek Hoffman and Eric Ratz, emerging with their fiercest and most accomplished set of songs to date, and a heck of backstory to boot.

Earlier this year, rock ‘n’ roll heavyweights The Trews came out strong with their pandemic anthem “I Wanna Play”, an ode to all the things we’ve missed during lockdown. Today the band announce their upcoming full-length album Wanderer, due November 19 via Known Accomplice. The album will include “I Wanna Play” among a collection of 13 additional brand-new songs including the title track “The Wanderer” which they are excited to share today.

The Nova Scotia-bred, Hamilton, ON-based combo of singer/guitarist Colin MacDonald, guitarist John-Angus MacDonald, bassist Jack Syperek, and drummer Chris Gormley — songwriters all — has won universal acclaim for both their dazzling live performances and wildly accessible songs. The Trews have been one of Canada's most successful rock bands of the past decade, earning 17 Top 10 Rock radio singles (including two #1's), two Gold-certified albums (House Of Ill Fame; Den Of Thieves) and recently a 2019 Juno nomination for Best Rock Album (Civilianaires).

To date, The Trews have played over 1,000 shows worldwide, on their own as well as supporting the Rolling Stones, KISS, Robert Plant, Guns 'n Roses, Kid Rock and Bruce Springsteen.